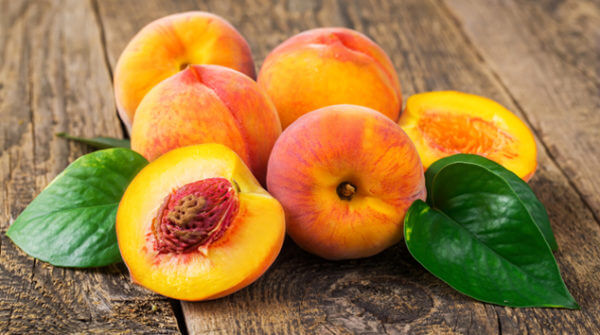 The peach is an alkaline fruit that researchers say may help reduce risk of obesity, diabetes and heart diseases, says a new study.

“In recent years obesity has become a major concern in society due to the health problems associated to it. In the U.S., statistics show that around 30 percent of the population is overweight or obese, and these cases are increasing every year in alarming numbers,” said Cisneros-Zevallos, an associate professor at Texas A&M University and AgriLife Research food scientist.

“Our studies have shown peaches have bioactive compounds that can potentially fight the syndrome. Our work indicates that phenolic compounds present in these fruits have anti-obesity, anti-inflammatory and anti-diabetic properties in different cell lines and may also reduce the oxidation of bad cholesterol LDL which is associated to cardiovascular disease,” said Cisneros-Zevallos.

Researchers say that the compounds in peaches work at many different levels and reduce the risk of obesity, heart diseases and diabetes.

“Fruit intake was not associated with the incidence of diabetes in this population (64,191 women with no history of diabetes type-2). Our data suggest that vegetable consumption may protect against the development of type-2 diabetes,” report Raquel Villegas and colleagues in the Journal of Nutrition (2008).

Scientists say that this is the first time that specific compounds have been proven to work on different cells in the body to reduce risk of some diseases.

“Our work shows that the four major phenolic groups – anthocyanins, clorogenic acids, quercetin derivatives and catechins – work on different cells – fat cells, macrophages and vascular endothelial cells. They modulate different expressions of genes and proteins depending on the type of compound,” he said.

“However, at the same time, all of them are working simultaneously in different fronts against the components of the disease, including obesity, inflammation, diabetes and cardiovascular disease,” he explained.

“Each of these stone fruits contain similar phenolic groups but in differing proportions so all of them are a good source of health promoting compounds and may complement each other,” he said.