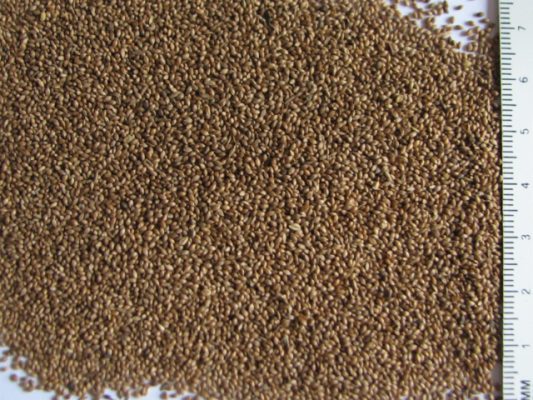 Fonio may be the oldest cultivated cereal in West Africa. On record, fonio harvesting seems to go back 7000 years. The Dogons people of the Mali empire, referred to the fonio seed as “the germ of the world”. They believed that the whole universe emerged from the fonio seed.

Currently, many people in West Africa consider fonio to be the tastiest of all cereals. The cereal is always dishes at festivals or important ceremonies because of its fine and delicate taste, according to sources. As a popular proverb says “Fonio never embarrasses the cook.”

Around the world, and especially in the west, fonio has gone fairly unnoticed until now, because many people are becoming aware of the cereal’s great health benefits.

In the food world, “superfoods” are popular for their high nutritional value and their minimal exposure to human tampering, making them popular organic foods. Fonio is itself, is already being labeled a super because it is rich in nutrients and very drought-resistant, making it an ideal crop for countries in West Africa and around the world struggling with climate change.

1. Fonio is gluten free, which makes it is a great meal for those with celiac disease.
2. Fonio is good for diabetics and it’s traditionally used as diabetic food because it is low in glycaemic index.
3. Fonio has been a common staple in West Africa food to meet the everyday energy necessity.
4. Fonio is packed with essential iron, making it a great food for women.
5. Fonio is is great for the formation of cartilage that strengthens your nails, skin and hair.
6. Fonio aids in cardiovascular function.
7. Fonio improves digestion and prevents constipation.
8. Fonio is an excellent meal for weight loss.

Fonio can be purchased online and in many health food stores.