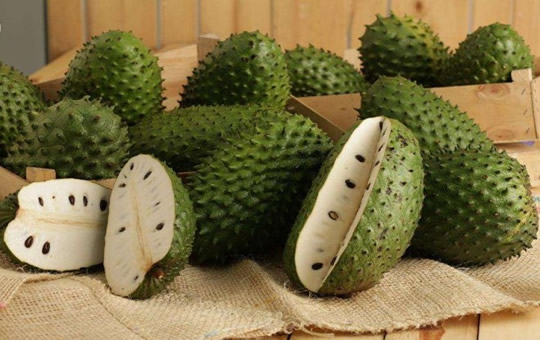 In the world today, many people look to alternative methods such as herbs, plants, fruits and vegetables, rather than the doctor’s prescription drugs to cure diseases. The growing popularity of herbal medicines has grown tremendously and is taking a fair share out of the market. An example of a food that some are turning to, is a fruit name soursop, which some research claim can prevent and even treat cancer.

Soursop is a alkaline fruit that is native to the tropical parts of Africa but can also be found today in the Caribbean, South American and Southeast Asia.

According to the World Health Organization, there are roughly 8 million cancer related deaths a year in the world. Over the next 20 years, that number of cases is expected to increase by 70%. So preventing and treating cancer lies deep in many societies across the globe today.

Soursop consists of a phytochemical called anonaceous acetogenins. Acetogenins have already been approved for its ability to treat cancer. According to The Truth About Cancer site, scientists from the Tepic Institute of Technologi in Mexico found out the that acetogenins found in soursop has chemotherapeutic properties.

“The research seeks to add value to the fruit so the least of it is wasted. We focus on acetogenins compounds because in Mexico, cancer is a disease that is increasing among the population and scientific research shows that the compounds found in this fruit can encapsulate tumors, but this depends on the [how much is] amount consumed,” Team leader, Montalvo González, explained.

Other health reports say that the benefits of soursop include the ability to treat different types of cancers including prostate, lung and breast cancers.