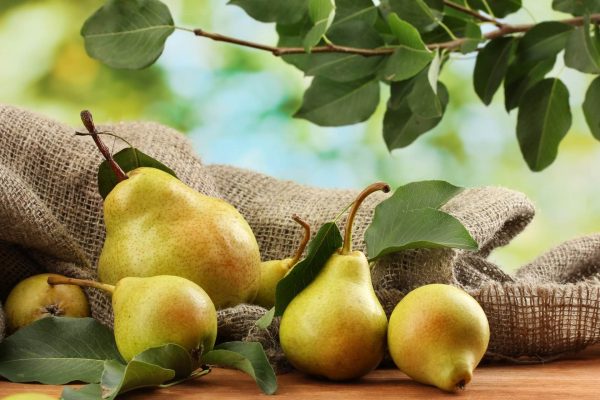 Pears are a great source of fiber for the body, and eating the alkaline fruit will help to lower cholesterol levels. According to a 2011 article published in “Current Opinion on Lipidology,” consuming more fiber can lower the LDL cholesterol by between 5 to 10 percent.

A medium pear has 5.5 grams of fiber, and a large pear contains 7.1 grams. Some of the fiber in pears is water-soluble, which is very beneficial when trying to get the cholesterol levels down, according to Michael T. Murray and Joseph E. Pizzorno, authors of “The Encyclopedia of Healing Foods.”

According to the American Heart Association, because pears have so much fiber, they will make a person feel full. This is beneficial because it can help a person eat less food overall, including foods that contain saturated or trans fats, which ultimately contributes to raising bad cholesterol levels.