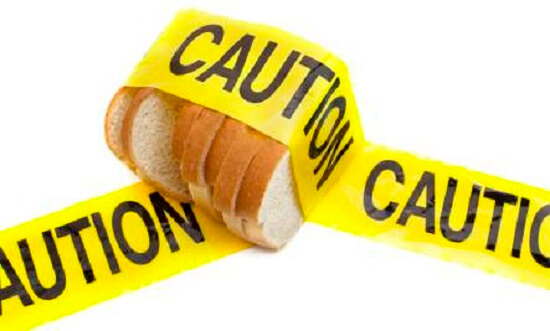 Over the years wheat has been proven to be linked to the development to several diseases and health condition. Many researchers and scientists from around the world have done several studies for decades where they have concluded that eating modern wheat has adverse effects on human health.

Consuming modern wheat causes people to develop serious chronic migraines and headaches daily, according to a study published in the National Center for Biotechnology Information (NCBI). In this study, 60 migraine patients completed elimination diets after a 5-day period of withdrawal from their normal diet. The researchers found that 78% of the people developed migraines as a reactions to wheat. When the subjects eliminated wheat, there was a dramatic fall in the number of headaches per month, where 85% of patients became headache-free. The 25% of patients with hypertension also became normotensive.

In a clinical study published in NCBI, scientists found that eating wheat was a factor in a woman developing migraines. The abstract from the study explain:

Headache, and migraines in particular, is the main neurological reason for consultation. We present the case of a 48-year-old woman who experienced a transformation of her episodic migraine attacks into daily headache episodes due to the ingestion of biscuits containing wheat as their main ingredient.

Many scientists suggest that people suffering from migraines or headaches should eliminate modern wheat products from their diet.