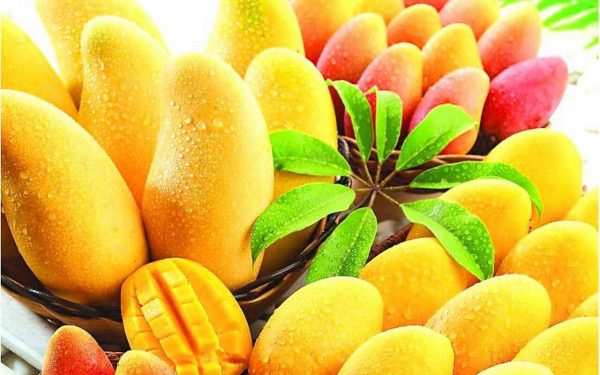 The ancient alkaline fruit mango is the most popular fruit in the world. It’s a good thing because mangoes have been found to prevent or stop certain colon and breast cancer cells in the lab.

According to a new study by Texas AgriLife Research, scientists analyzed data of five varieties most common mangoes in the U.S.: Kent, Francine, Ataulfo, Tommy/Atkins and Haden.

“If you look at what people currently perceive as a superfood, people think of high antioxidant capacity, and mango is not quite there,” said Dr. Susanne Talcott, who with her husband, Dr. Steve Talcott, conducted the study on cancer cells.

“It has about four to five times less antioxidant capacity than an average wine grape, and it still holds up fairly well in anticancer activity. If you look at it from the physiological and nutritional standpoint, taking everything together, it would be a high-ranking super food,” she said. “It would be good to include mangoes as part of the regular diet.”

The mangoes showed their ability to help against leukemia, lung and prostate cancers but they were most effective on breast and colon cancers.

“What we found is that not all cell lines are sensitive to the same extent to an anticancer agent,” she said. “But the breast and colon cancer lines underwent apotosis, or programmed cell death. Additionally, we found that when we tested normal colon cells side by side with the colon cancer cells, that the mango polyphenolics did not harm the normal cells.”

“We found the normal cells weren’t killed, so mango is not expected to be damaging in the body,” she said. “That is a general observation for any natural agent, that they target cancer cells and leave the healthy cells alone, in reasonable concentrations at least.”