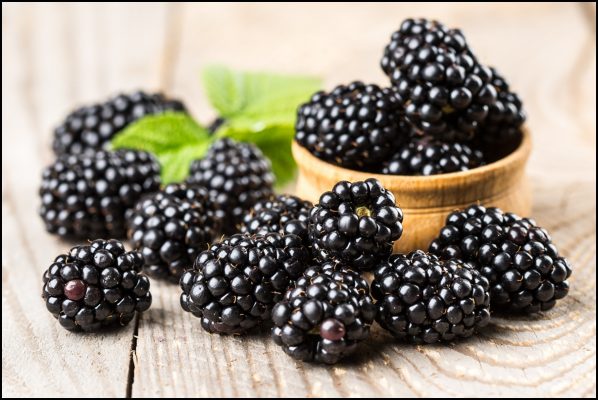 A blackberry is fruit with a medicinal history that spans back to more than 2000 years. Eating blackberries regularly may help in strengthening memory performance and neuronal functioning.

In a study published in the medical journal “Nutritional Neuroscience,” researchers suggested that eating blackberries may have a positive impact on motor and cognitive skills, which often gets weaker with age.

The abstract from the study reads:

The polyphenolics in fruits and vegetables, when fed to rats from 19–21 months of age, have been shown to retard and even reverse age-related decrements in motor and cognitive performance. These effects may be the result of the polyphenols increasing antioxidant and/or anti-inflammatory levels, or by direct effects on signaling, in the brain. Increased dietary intake of berry fruit, in particular, has a positive and profound impact on human health, performance, and disease. Thus, the present study examined a 2% blackberry-supplemented diet for its effectiveness in reversing age-related deficits in behavioral and neuronal function when fed to aged (19-month-old) Fischer 344 rats for 8 weeks. The results showed that the blackberry diet improved motor performance on three tasks which rely on balance and co-ordination: the accelerating rotarod, wire suspension, and the small plank walk. Results for the Morris water maze showed that the blackberry-fed rats had significantly greater working, or short-term, memory performance than the control rats. These data support our previous investigations in which we have seen improved motor and cognitive performance in aged rats after supplementation with other berry fruits.

The researchers believe that although there has to be more studies done on humans, the polyphenols in blackberries increase antioxidant levels enough to make them potentially beneficial to aging adults.